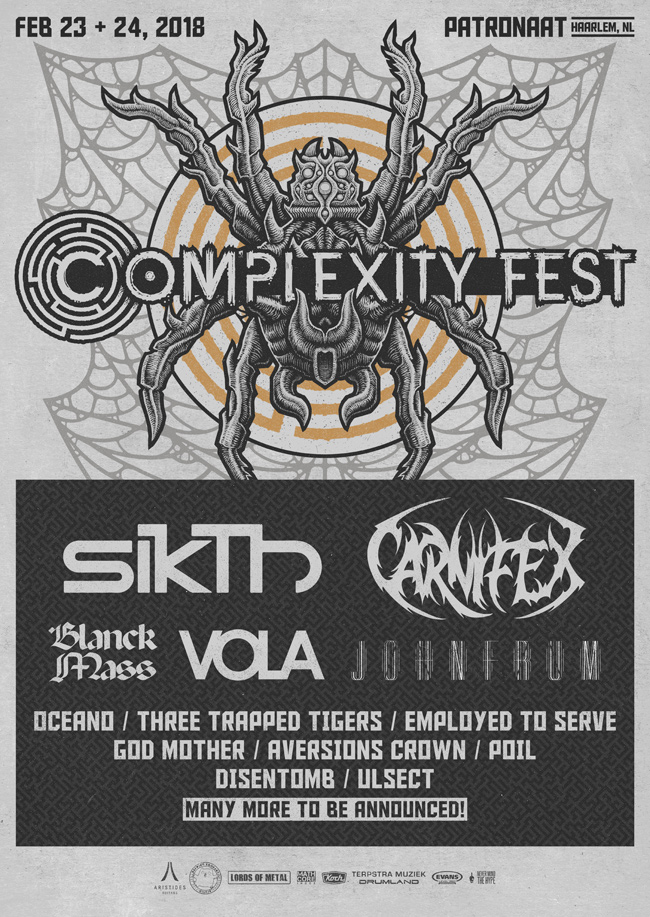 Complexity Fest announces its next wave of bands for the 2018 iteration of the festival, its third year.

Expanding to two days, on 23rd and 24th of February 2018, the Dutch festival (located at Patronaat, Haarlem) focuses on the complex, experimental, progressive and adventurous side of heavy music.

More acts for both days will be announced.

Day tickets are now available, for €20 for Friday and €35 for the Saturday.

The announcement follows a highly successful second year for Complexity in 2017, which led to Kerrang Magazine stating:

“They’ve really upped their game, with a line-up of rising stars and heavyweights that go way beyond your average run-of-the-mill Meshuggah worship.”

Held in the three-hall venue of Patronaat in the beautiful city of Haarlem (only 20km from Amsterdam), COMPLEXITY FEST looks set to continue making its mark on the European progressive metal live scene.