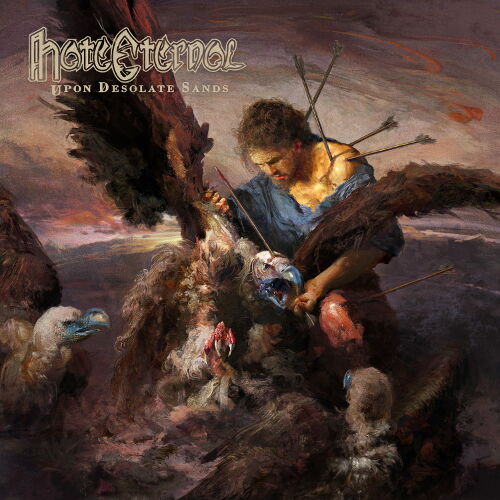 HATE ETERNAL are now premiering the second crushing track of their forthcoming new album ‘Upon Desolate Sands’, which is slated for release on October 26th, 2018. Listen to the new song below.

The death metal extremists are now streaming “Nothingness of Being” via the official Season of Mist YouTube channel at the link here.

Mastermind Erik Rutan comments: “For years I have wanted to add a heavier and darker element into Hate Eternal, and for years that vibe just never came to me. For this album the inspiration came and the heaviness followed. Using a lower tuning then our norm for a few songs on “Upon Desolate Sands” and going through some personal life experiences, helped create a depth of darkness and sense of despair to inspire me to write “Nothingness of Being”. I never have forced anything when it comes to the writing process, we just let the songs flow naturally and write and play what we feel. Crafting a couple of songs with a completely different tuning really helped direct a different path and direction for the writing process. This song amongst some of the more traditional chaotic tunes on the album helps really create a sense of dynamics in a dramatic way. Every song on this album has its own unique texture creating a vast landscape of musical expression and a multitude of emotions, pushing the envelope in every way we can!”

On further news, HATE ETERNAL vocalist Erik Rutan joined THE MOUNTAIN GOATS on stage this weekend at a sold out Orpheum Theater in Tampa FL. Rutan, who recorded several songs on THE MOUNTAIN GOATS’ 2011 ‘All Eternals Deck’ album, appeared as a guest player during performances of “Autoclave” and “The Best Ever Death Metal Band In Denton”. Video of the performance is streaming here.

The spectacular artwork for ‘Upon Desolate Sands’ has been created by renowned artist Eliran Kantor (TESTAMENT, ATHEIST, ARCHSPIRE). Artwork and track-list can be viewed below.